Effective use of Azerbaijan lands and solutions to existing problems

Institute of Soil Science and Agrochemistry of ANAS (Azerbaijan, Baku)

Abstract. Various ways to effectively use the land of Azerbaijan are considered.

Institute of Soil Science and Agrochemistry of ANAS

Despite the fact that the territory of the Republic of Azerbaijan is located in the subtypes of the geographical position, depending on the complexity of relief, very complex climate factors have been formed in the country. Thus, the mountainous region of the country differs considerably from one another to the semi-desert and even to the deserts which have started from these zones.

The altitude amplitude ranges from 28 m below sea level to 4466 m in height.

In terms of relief, the territory of the Republic of Azerbaijan can be divided into two main parts: mountainous and plains. These areas differ greatly from each other depending on their climate, soil and vegetation as well as other natural factors, depending on their relief variability. 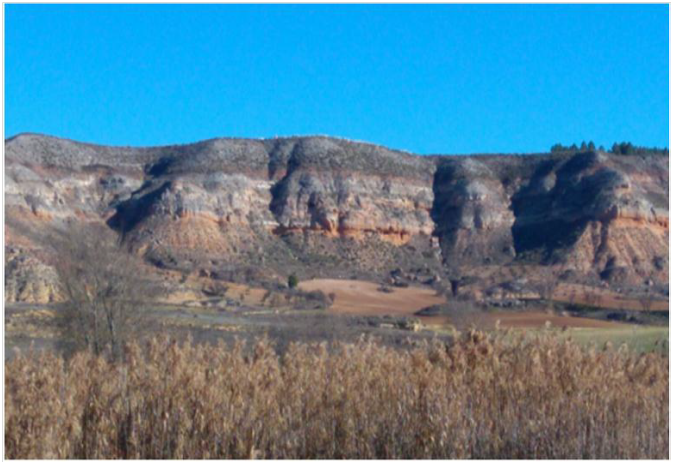 Around 3/5 of the territory of the Republic occupy mountains, with a 1/8 of them being part of a high mountain range with a height of more than 1500 meters. Such natural-climate and relief complexity are also acute in agricultural activities and production.

The surface area of ​​the Republic of Azerbaijan is divided into four main sections:

3) Talish Mountains (including the Lankaran Plain)

From the agricultural point of view, the Kura-Araz lowlands are the most precious plants in the republic, such as cotton, gheel, vegetables, melons and gourds. Cultivation of high-yielding agriculture has developed. However, there are problems with drought in these areas.

During the summer season, the volume of moisture reserves in the 1 meter layer of soil decreases to 30-66 mm.

Due to the drought, agricultural crops cultivated in the Kura-Araz lowland face moisture shortages since the second decade of May.

Therefore, it is important for Azerbaijan to establish a regular commission to deal with drought problems, which can help mitigate and eliminate its harmful effects, and replace economic losses.

There are 66 administrative regions with 8641506 hectares in the country, which are divided into ten economic groups.

From the point of view of agriculture, the regions suffering from drought are as follows:

As it is seen from the table, only 52.4% of the territory of the Republic is suitable for agriculture.

Only 0.20 hectares of land belong to each citizen of Azerbaijan.

It has been more than 10 years that over 20% of the territory of the Republic of Azerbaijan was occupied by Armenian occupiers.

Therefore, currently only 0.16 hectares of land are available for each citizen.

Therefore, saving and efficient use of every inch of land is one of the main principles of our citizens.

The land and its relationships have been fundamental and indispensable for any society throughout history. Therefore, land issues are not only socio-economic, but also political and international. As long as the land is the basis of all the tangible assets, the attitude towards it will not change even with the change of political regimes and governance, even of socio-political forms.

It is not possible to make sufficient use of valuable and indispensable land resources, especially for agricultural purposes, with the fact that water use and its proper quantities are used. The country's water resources are quite limited.

The demand for surface water resources of the Republic of Azerbaijan is about 32.2 billion m3  and in droughts this figure dropped to 23.2 billion m3 - m3. Moreover, less than 30% of these water resources are in the territory of the republic, and more than 70% flow from the neighboring countries (mainly via the Kur River).

The main part of the agricultural sector of the Republic of Azerbaijan is formed in irrigated areas. About 90% of crop production is grown on irrigated soils. There are about 3.2 thousand potable water available in the country. ha 1.4 million ha or 44.7% of the area is irrigated.

This fact once again proves that there are water shortages or irrigation opportunities in the territory of the country. 33 thousand km of irrigation canals, 22,400 km collector-drainage systems, 83,000 hydrotechnical facilities at the balance of kolkhoz and sovkhoz, 153 pumping station and 1067 subartezian wells are under the supervision of State and Water Amelioration Agency under the Ministry of Agriculture with the decision of the Cabinet of Ministers of the Republic of Azerbaijan dated March 15, 2000. 70% of these irrigation canals cause groundwater losses, and large amounts of water losses are due to 33% of the collector drainage systems.

In general, 80-85% of irrigation canals and collector-drainage systems need rehabilitation and capital repairs.

As can be seen from the table, 16.6% of the agricultural land is watered by 28.5%. In the present period the irrigated soils of the Kura-Araz lowland have been sharply saline.

The saline areas in the country cover about 600,000 hectares of land, with only a few of them being provided with collector-drainage systems.

Moreover, as a result of studies conducted by Azerbaijani scientists, 3610 thousand hectares or 41.8% of the land fund has become useless, with strong erosion.

Even the use of these lands as pasture has been impossible. In these areas, ecological problems are aggravating.

Almost a third of the country's sown area is covered by fields. Nevertheless, 90% of agricultural production is collected from 67.7% sown area in total.

This again indicates that the agricultural production in Azerbaijan depends on the water factor.

If the area of ​​irrigated areas is expanded, it is possible to increase the volume of production several times if it is used water resources efficiently. ha Annual water demand of agricultural crops grown in the irrigated area is approximately 9.2-11.0 billion m3. In the drought years, this indicator needs to be increased by 25-30%.

It is not difficult to imagine what economic losses we are experiencing in this situation, given the loss of 40-50% of these water resources in open canals and selenium irrigation. In the period of 2000-2003, the country's droughts were about 920 billion manat $ 1888 million in economic damage.

The above-mentioned arguments and facts once again prove that farming depends on the drought factor.

These problems are characterized by the following:

- Acceleration of the serous processes;

- Reduction of the level of water in open channels or their periodic drying;

- Deteriorating the quality of the collector-drainage system and increasing its basic function;

- Annual deterioration of the ecological situation and, as a consequence, the increase in economic losses.

Reduction of the harmful effects of the cessation and the need for its management, all possible means at the state level should be investigated, assessed and used sufficiently to reduce harmful impacts, prepare and implement its management measures.

The smallest issues should be taken into account, as far as possible, in the context of the work that will be undertaken in these activities. For this purpose it is planned to carry out the following measures:

1) comprehensive and thorough study of the water resources in the Republic;

4) Determination of the volume of open and closed collector drainage system, which is a diagnostic and repairs;

5) Establishment of a national working group on crouching problems;

6) Establishment of scientific - expedition groups for the study of erosion processes and specification of areas exposed to desertification;

7) Development of basic strategic crop varieties, resistant to currents and other adverse conditions;

8) Development and implementation of agronomic operations that help prevent soil erosion processes, such as minimal and zero cultivation, sowing, sloping and terracing;

9) Ensure the operation of agrometeorological facilities that have lost their functionality on all regions of the Republic and ensure the creation of new stations;

10) Water saving in water treatment processes, plans and programs should reflect its three main components: a) First, a complex system of warning; b) encountered impact and risk assessment procedures; v) Mitigation and strategy of reaction against it.

These components require a specifically integrated institutional approach by complementing each other. They include short-term and long-term problems in reducing and managing the drought's harmful effects.

[2]. Aliyev B. H: Problems of Geology and Hydrogeology of Apsheron Baku.2000p